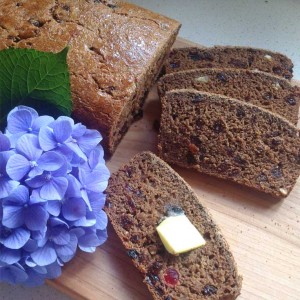 So you need/want to make a start with Gluten free Baking? You don’t want poor substitutes for your favourite foods, of even just ‘it’s good for gluten free’. You want great tasting food that are every bit as good as their gluten gut busting counterparts. Blending flours, binding agents, where do you even start?! Don’t worry, let us take your hand and walk you through the basics and soon you’ll be navigating your gluten free kitchen with confidence.

Note: Barley, Oat and Rye flours are wheat free but not gluten free. Oats are a gluten free grain, but usually have been cross contaminated with wheat due to being grown or processed with or close to wheat.

Made from the dried ground yuca root. Light and mild in flavour, slightly earthy but probably the closest in taste to wheat flour. Has a gummy nature so binds well and can be used as a direct substitute for wheat flour with no blending. For bread making it’s best to blend to offset the gummyness of the flour.

Made from green unripened bananas therefore is not sweet and has a mild earthy flavour. Most people cannot taste banana in baked goods. A slightly darker fine ground flour that is very easy to use, highly nutritious and does not need to be blended with other flours. Can be substituted directly in baking for wheat flour but use 25% less than suggested flour.

Simply finely ground almonds. With the flour the almonds are blanched and their skins removed. The ‘meal’ is ground with the skins. Grain free and paleo friendly. Easy to use and has a nice neutral flavour with a good crumb but the most expensive of all gluten and grain free flours and can be very calorific. 1 cup of flour contains approx 90 almonds! High in polyunsaturated fatty acids which can be inflammatory. Overall a great option but best in moderation, both for your health, and your wallet.

– nutritious and fairly dense. Will need to be blended for most baking but may stand alone in low rise baking. A grassy, earth taste that works best in savory foods.

A starch that needs to be blended with other flours. Works well as a thickener in sauces and gravy. Neutral in taste. In New Zealand most arrowroot flour is actually tapioca starch. Read the fine print as some recipes won’t work as well with tapioca.

Dried beans ground into flour such as chickpeas, fava beans and lentils. Often featured in Indian cuisine. Flavours can be quite strong.

buckwheat is not a member of the wheat family despite its name. It is related to rhubarb and the flour is made from the seeds or groats. It has a strong nutty taste and generally not used on its own except in pancakes.

Not to be confused with wheaten cornflour that is milled from wheat. Cornflour or cornstarch is milled from corn into a fine white powder suitable for thickening recipes and sauces.

Very high in fibre but very absorbent so only use in small quantities. Can be used on its own but performs and tastes better in a blend with other flour. Tastes quite strongly of coconut.

Mild in flavour, high in starch. Can lend a crumbly texture to baked goods. Needs to be blended.

Not to be confused with potato starch, potato flour is made from the whole potato and tastes quite strongly. It is a heavy flour and attracts liquid and can be used in very small quantities in gluten free baking to add moistness to recipes. Has a shorter shelf life so bulk purchasing not recommended.

The starch that has been extracted from the potato. Works well for thickening recipes or good in a blend with other flours.

Has quite a strong nutty earthy flavour and can be used on it’s own or blended to dilute the flavour. Often added to boost the nutritional content of baking.

There are basically three types of rice flour, brown, white and sweet (also called glutinous). Brown rice contains the germ and bran of the rice therefore is more nutritious than white, but with stronger flavour. White rice flour is light in colour and mild in flavour. Glutinous rice flour or sweet rice flour is not used in large quantities. It behaves differently from other rice flours and can help with binding and keeping baked goods moist.

Works well in an all purpose gluten free mix blend. The taste and texture is quite mild. One of the better flavoured gluten free flours.

The extracted starch from the root of the Cassava or Yuca plant. Not to be confused with Cassava flour which is made from the whole root. Works well in baking blended with other flours or on it’s own as a thickener.

An ancient grain originating from North Africa it is highly nutritious and often added to baked goods in small quantities. Not generally used on its own.

Without the gluten to bind your baking can turn into a crumbly mess. There are various options to help with this. While the gums are generally the most effective they can cause digestive issues in sensitive people. Luckily there are plenty of other options available.

Xanthan gum – a product of bacterial fermentation commonly used as a food additive in gluten free baking. Works well as a gluten replacement. Can be cultured in solutions derived from corn, soy or wheat so people with severe allergies may need to be cautious. Can cause digestive issues in sensitive people.

Guar Gum – derived from the guar bean it has been found to be safe for human consumption, even in fairly high doses although some have found it causes some digestive upset.

Psyllium Husk – psyllium absorbs water and forms a slippery gel when wet and is often used as a natural binding agent.

Chia seeds – works in a similar way to psyllium to help bind baking.

Flax seeds – another absorbent seed that is often used as a binding agent.

Gelatine – increasingly used as a binding agent that is not only gentle on the digestive system but gut healthy. Not suitable for vegetarians or vegans.

Agar agar – derived from seaweed and behaves similar to gelatin. You may remember agar from your school days as it is used to make the gummy gel in the petri dish. A more expensive option.

I’m just going to be straight with you here. You can’t just purchase a gluten free flour mix and simply replace wheat flour in all your baking. Some mixes will work with many recipes but not all, especially not when it comes to breads. Generally you need to mix heavier flours with starches, usually using at least three types of flour and a binding agent. Don’t use more than 50% starch or you risk having your baking turn out too gummy.

If you like the idea of having a premix you can find many recipes for flour mixes online. Find one you like the look of and mix it up or simply keep your favourite flours and ingredients stored individually. This is my preference except if you have an often used bread recipe using a specific blend.

While most gluten free baking is fairly straightforward, finding a good gluten free bread is the holy grail of gluten free baking. You will need a blend of flours and getting the flavour close to wheat bread is the most difficult. In our experience Cassava flour is the closest in flavour to wheat, although slightly more earthy in taste. Sorghum is quite neutral and is recommended in your blend if you tolerate gluten free grains. I recommend finding a recipe and following it to the letter. Don’t waste your expensive ingredients trying to invent recipes until you’ve got many loaves under your belt and have a good understanding of how the individual ingredients perform.

I know what you’re thinking, this all seems too complicated but don’t throw in the tea towel just yet. It takes time to learn to use new ingredients. Find a recipe that appeals to you and just start baking and learning, one batch at a time.

Here are some of our favourite tried and true gluten free recipes: